Art books? They are not just for the coffee table.

The fair, created by two American-Israelis with a deep love for all things artistic and textual, is now celebrating its third year. It will take place from February 16 to 18 at the Hansen House in Jerusalem, with a variety of works by more than 200 participants.

Led by Jenna Romano and Danielle Gorodenzik, In Print aims to cultivate a network of artists, promote the work of local artists, and strengthen Jerusalem’s contemporary art scene. Parallel to the fair, round tables, artist conferences and book launches are organized.

The fair, Romano said, is a reminder that “the world of print is still alive… We want to get people to see it, to access it. A book is an art form that people are comfortable with.

“It’s a way for people to access amazing materials and a way for artists’ work to travel through a book,” Gorodenzik said.

The duo organized the first fair in 2018, without requiring the presence of the artists. But they quickly realized that the artists liked being at the fair, talking to the participants, talking to each other, sharing their work and their impressions.

This year’s fair will have a stand for each presenting artist, allowing them to show their works to visitors. Some artists produce books specifically for the fair, Romano said.

“It pushes them,” she says.

The fair has also grown every year, Gorodenzek said, from 200 books in the first year to 250 in the second year. This year, they had to refuse artists.

There is a range of mediums, artists and prices featured at the fair, with simple zines starting at NIS 10 and books costing NIS 10,000.

“Most of them can’t be found in bookstores,” Gorodenzek said. “That’s what’s really exciting. You can touch the books, it’s tangible.

This year’s lineup at In Print includes two book launches, with an opening night on Wednesday, February 16, featuring the book “Ezra Orion: Intergalactic Sculptor.” Alon Orion, the book’s designer and son of Ezra Orion, will speak with Udi Edelman, Director and Chief Curator of the Holon Center for Digital Art, about working on a deceased artist’s body of work. 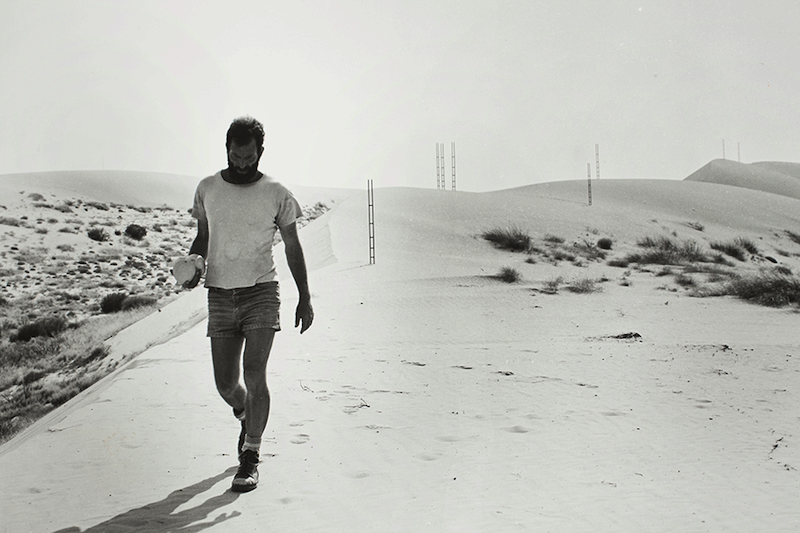 An exhibition of photographs of works by Avraham Chai currently on display at Hansen House examines the work and sculptures of Ezra Orion. Orion was known for creating an intergalactic sculpture concept, shooting laser beams from various locations towards the Milky Way.

Other events at In Print include the launch of “Dust and Scratches,” a debut book by photographer Youval Hai; a conversation with Jerusalem photographer Neil Folberg about a photobook he started decades ago and only recently finished; and a discussion with artist Andi Arnovitz about the meaning and form of artists’ books.

On Fridays, when the fair is open from 10 a.m. to 3 p.m., master bookbinder Haim Shushan will give a workshop on his craft.

Admission to In Print is free, and Gorodenzek and Morano are glad they waited until the pandemic to hold this year’s fair, rather than holding it online.

“The magic of the fair is that people are there, touching the works,” Morano said. “We basically waited until we could have a fair.”

The climate crisis and responsible journalism

As an environmental reporter for The Times of Israel, I try to convey the facts and science behind climate change and environmental degradation, explain – and critique – official policies affecting our future, and describe the Israeli technologies that can be part of the solution.

I am passionate about the natural world and discouraged by the dismal lack of awareness of environmental issues shown by most of the public and politicians in Israel.

I am proud to do my part to keep The Times of Israel readers properly informed on this vital subject – which can and does lead to policy change.

Your support, through your membership in The Times of Israel community, allows us to continue our important work. Would you like to join our community today?

Join the Times of Israel community

Already a member? Log in to stop seeing this

Are you serious. We appreciate that!


We’re really glad you read X Articles from The Times of Israel over the past month.

That’s why we come to work every day – to provide discerning readers like you with unmissable coverage of Israel and the Jewish world.

So now we have a request. Unlike other media, we don’t have a paywall in place. But since the journalism we do is expensive, we invite readers to whom The Times of Israel has become important to help support our work by joining The Times of Israel community.

For just $6 a month, you can help support our quality journalism while benefiting from The Times of Israel WITHOUT ADVERTISINGas well as access to exclusive content available only to members of the Times of Israel community.

Already a member? Log in to stop seeing this