It took about a decade for all the stars to align for Erick Oh to make an animated short tribute to his late grandfather. He needed both time to think about exactly what he wanted to say in just ten minutes and the right way to present it.

He knew the time was right after Oh discovered a program called Quill that allows artists to easily draw, paint and animate environments for a virtual reality headset. He also knew he was ready to tackle this project after the birth of his niece.

“In the decade and more since my grandfather died, I have had to say goodbye to other members of my family. But as I held my sister’s newborn in my arms, I realized it was all connected as well,” Oh told TheWrap. “The end is linked to a new beginning.”

Oh’s desire to explore new frontiers of artistic expression and reflect on the influence loved ones have had in his life is at the heart of ‘Namoo,’ one of the most personal films on the list. contenders for the Oscar for best animated short and which is available now on HBO Max. The short film shows the life of an artist through a tree that fills over time with memories, from toys and drawings to romantic memories and job responsibilities.

But as the artist suffers loss and grief and settles into the realities of life, the branches of the tree shift and change. The trunk cracks and wears away and parts of the tree even break, taking parts of man’s life with it.

“The way the tree adds and removes items represents how what we value and prioritize changes over our lifetimes,” Oh said. “There are things that at certain times in our lives seem very important to us, but there comes a time when we can realize that those things weren’t as important as we thought; and sometimes we will rediscover things in our lives that we have put aside and ignored but then come back to cherish again and pass on to others. 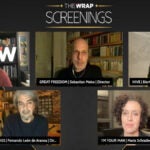 Oh received an Oscar nomination last year for his short film “Opera,” which depicts several vignettes of stick figures in a repeating loop of action, each vignette commenting on the repetitive loops of human history. Oh designed the film so that it could be considered a short film or an art installation, wanting viewers to be able to enjoy the film in a way that goes beyond the format of a movie.

“From the moment I started to explore this story that I had in mind for years, I knew I wanted to present it in a form beyond linear storytelling,” he said. . “It’s really a spiritual journey in itself, and I wanted the audience to be part of the story, and I really love virtual reality and how immersive it can be, so it was just the perfect combination. technology and storytelling.”

Similarly, Oh developed “Namoo” as both a short film and a virtual reality experience, using Quill to give the film a soft brushstroke watercolor art style reminiscent of “Pig: The Dam Keeper Poems. “, a series that Oh worked as a host at Tonko House. The style, as well as the design of Quill, meant that the tree, and every element within it, had to be repainted for each segment of the man’s life to account for the changing times of day and out of season as there was no lighting software available. . 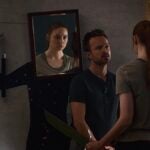 But the attention to detail allowed Oh to make “Namoo” a multi-faceted experience. Viewers watching the film from a VR headset could stroll around the tree and get a closer look as the artist’s childhood toys and sketches are buried, worn out and resurface over the course of of his adult life. And at the end, as the artist moves forward, the viewer is lifted alongside him into a field of stars that seems to stretch on forever.

“I’ve spent many years in fine art and that always involves finding the right medium for the right idea,” he said. “I think every story and every idea has a medium that works best for it, and I kept that idea when I started animating. Some ideas work better as a novel and some work better as a poem.

The details Oh slips into every second of “Namoo” come straight from his past, with many of the memories in the tree coming straight from his own childhood. So while many viewers may find different levels of meaning in “Namoo,” Oh reserved a special level of meaning for his family in Korea and the United States.

“It was such a therapeutic experience for all of us. I just remember my mom crying for about 10 minutes. It was, after all, a tribute to her father, and she could recognize all of these very specific memories that I infused into the story,” he said. “It’s a universal film but it comes from a very personal space.”

YA books that should be popular on ...