‘They said it was normal’: Limerick woman shares story of painful condition that went undiagnosed

A CONDITION as common as diabetes, endometriosis affects 1 in 10 women. In Ireland, it takes an average of nine years to diagnose. For Sophie Lynch, it took more than 10 years to get a diagnosis.

Endometriosis is a gynecological disease named after the endometrium, the tissue that normally lines the inside of the uterus or uterus. It’s caused when tissues similar to the lining of the uterus grow outside of it – where they don’t belong, such as on the ovaries and fallopian tubes.

During menstruation, these cells react in the same way as those lining the uterus. However, they have no way to escape and find themselves more or less trapped.

Symptoms can vary, but some are more common than others: intense pelvic cramps, pain during sex, intestinal pain, constant fatigue, migraines, nausea, and irregular periods. In some cases, endometriosis can also lead to infertility.

Like many, Sophie Lynch, from Old Cork Road, was told her pain was normal.

“They told me I was unhappy, had bad periods and they just put me on the pill and they were like ‘go for it’. The amount of pain was insane. J I had stomach pains, pelvic cramps to the point where I felt like my whole body was burning like waves of pain were going through me,” Sophie said.

Among her symptoms, the young woman experiences painful cramps, her stomach becomes “hard as rock” as it swells and there is a lot of bleeding.

“It’s just not normal. You shouldn’t bleed for two or three weeks a month.

Recently married, Sophie stopped taking the pill after the wedding. “Every month it gets worse and worse. I had forgotten how much the pill actually helped. Right now all I can do is take very strong painkillers.

“I wanted to go off the pill because I’ve been on it for about 15 years, and it’s been giving me terrible anxiety, migraines, and other side effects,” she explains.

To better manage her illness, Sophie sought remote work. As she struggles to deal with the pain, she said: “The doctors basically told me that there was nothing I could do but get pregnant as soon as possible, which might not happen because of the pain. ‘endometriosis.’

The head of the endometriosis clinic at Erasme Hospital in Brussels and specialist in endometriosis, Dr. Maxime Fastrez, explained that the first line of treatment for pain management is medication.

“The most effective drugs for menstrual cycle pain are anti-inflammatories. The second medication that we can use to treat endometriosis pain is hormone therapy, such as birth control pills, to control the cycle and therefore control endometriosis,” he said.

Since it is not possible to see the lesions without surgery, laparoscopy is often necessary. “A laparoscopy is an inspection of the pelvic and abdominal cavity. As we are able to diagnose endometriosis with laparoscopy, the procedure destroys most lesions and removes ovarian cysts,” Dr Fastrez told Limerick Live. 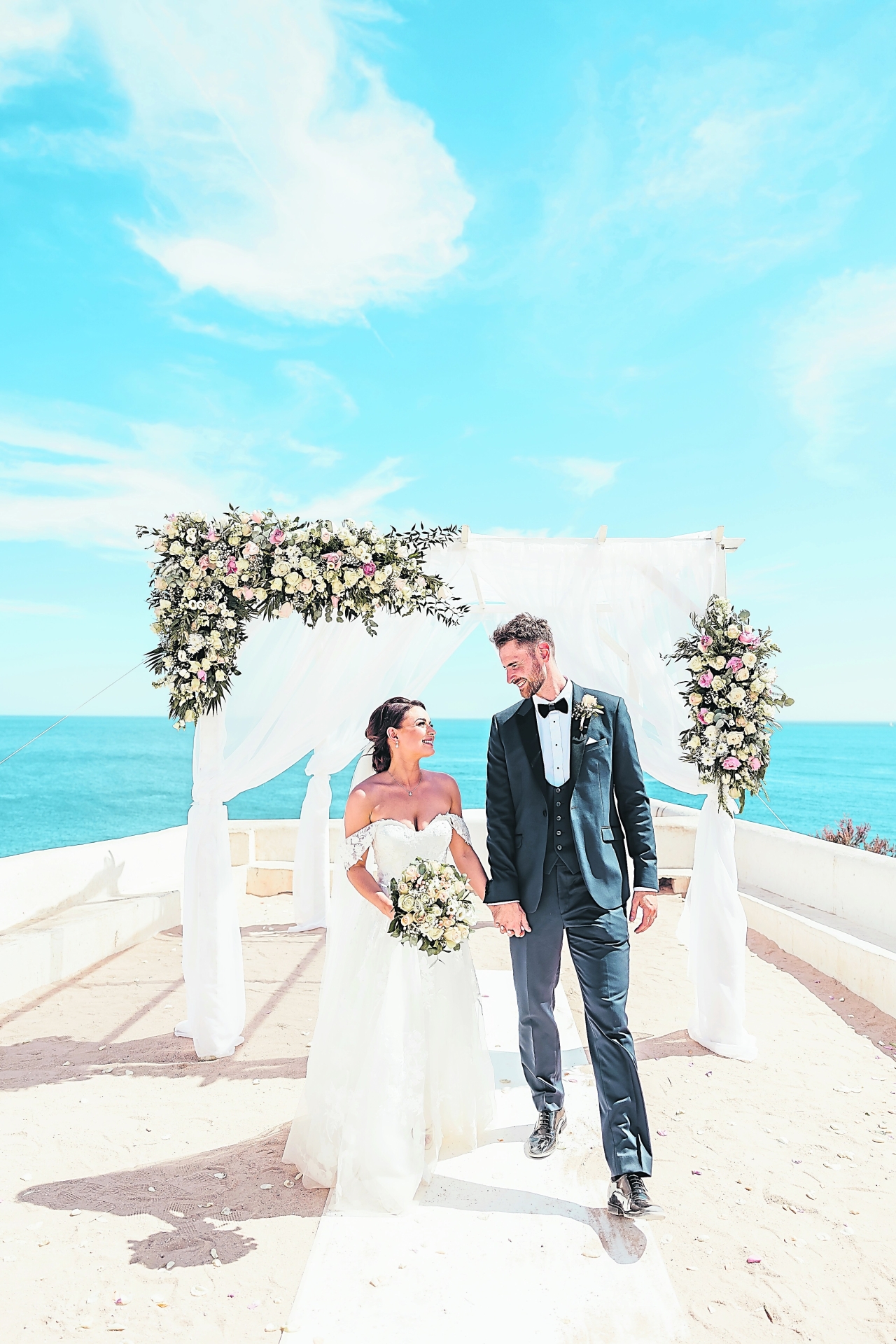 Sophie Lynch, pictured above, on her wedding day

According to Kathleen King, medical scientist and former president of the Irish Endometriosis Association, there is a huge funding gap when it comes to endometriosis.

“In Ireland, research is very limited. Even in Europe, it’s pretty minimal too. Everything that’s done is on the pharmaceutical side, there’s a huge gap there, especially for something new. »

To date, there is still no cure for endometriosis. Although the disease impacts the daily lives of one in 10 women, it is understudied and the lack of funding is striking.